Apparently if Dick Cheney decides he has a better shot at getting back into power by becoming a Democrat, what with the Pubs being avoided by us plebian voters like an envelope of anthrax, Harry Reid would welcome him into the fold and offer him the Chair of the Intelligence Committee. You think I’m kidding?

In his press conference, Specter said he would retain seniority inside the Democratic Party and would therefore be likely to possibly earn a committee chairmanship in the next Congress. Harry Reid seems to have given up way too much to earn Specter’s place in the caucus…

That’s dday at Hullabaloo and I mean no disrespect when I reply, “No shit Sherlock”. Glenn Greenwald sums up the mixed reaction over here in the Land Formerly Known as Reality-Based fairly succinctly.

Democrats will understandably celebrate today’s announcement, but beyond the questions of raw political power, it is mystifying why they would want to build their majority by embracing politicians who reject most of their ostensible views.

First, “understandably” doesn’t exactly fit the second half of the question. What’s “understandable” about gaining a Dem who will vote with the other BD’s who will in turn vote with the GOP everybody hates and thought they deballed with the election? What’s to “celebrate”? Following Joe Lieberman’s lead, Reid seems to have asked nothing at all in exchange for letting Arlen into the Only Game In Town. He flat-out told Reid (and everyone else) that he wouldn’t vote for EFCA, and that was after Reid said he couldn’t switch unless he did.

END_OF_DOCUMENT_TOKEN_TO_BE_REPLACED

Paul Krugman reminds me to remind you that the VRWC is still fully operational. In fact you can see it playing out RIGHT NOW in “The Great (Fake) TeaBag Caper“.

[I]t turns out that the tea parties don’t represent a spontaneous outpouring of public sentiment. They’re AstroTurf (fake grass roots) events, manufactured by the usual suspects. In particular, a key role is being played by FreedomWorks, an organization run by Richard Armey, the former House majority leader, and supported by the usual group of right-wing billionaires. And the parties are, of course, being promoted heavily by Fox News.But that’s nothing new, and AstroTurf has worked well for Republicans in the past. The most notable example was the “spontaneous” riot back in 2000 — actually orchestrated by G.O.P. strategists — that shut down the presidential vote recount in Florida’s Miami-Dade County.

This is, of course, precisely the technique they used to drown the newspapers of 1983 in letters and demonstrations and (canned) phone calls demanding that they stop “picking on” St Ronnie. Paul may only go back as far as 2000 but I go all the way back to the beginning.

END_OF_DOCUMENT_TOKEN_TO_BE_REPLACED

The Paw of Dog

We had the “Eye of Dog“. Now we’ve found the “Paw of Dog” as it’s reaching for a treat. 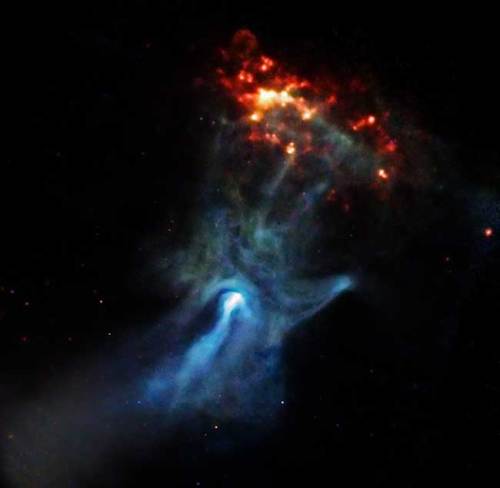