Stealing the ‘08 Election: Rove and Reconstruction After Katrina 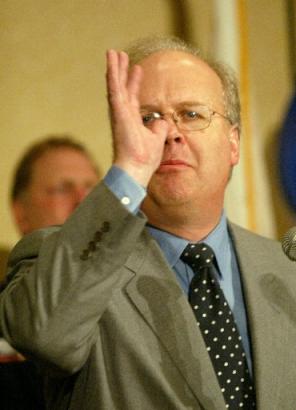 Evidence has come to light over the past month that the so-called “incompetence” of the Federal response to Katrina is anything but. It has been a calculated effort led by Karl Rove to turn Louisiana from a Democratic state into a Republican state by destroying New Orleans, but it may backfire.

Two weeks ago the WaPo reported that roughly a quarter of a million people are suing the Federal government for damages, claiming that the Army Corps of Engineers screwed up the building of the levees, dams, in fact the whole New Orleans water delivery system.

Ever since the floodwaters receded, the idea that the U.S. government was to blame for the Katrina catastrophe has possessed and angered its victims.

A legion of lawn signs, posted in front of many wrecked homes, wagged a finger at the U.S. Army Corps of Engineers, the federal agency responsible for the flood works: “Hold the Corps accountable!”

Turns out it was more than mere talk. After a massive deadline filing rush recently that is still being sorted through, the United States is facing legal claims from more than 250,000 people here demanding compensation because, they allege, the Corps negligently designed the waterworks that permeate the city.

[O]fficials said the damage claimed against the Corps exceeds $278 billion, an amount that dwarfs even the estimated $125 billion that the federal government has put up for Gulf Coast hurricane recovery.

Win or lose, the volume of claims is a measure of the prevalent sense in this city that the United States created the disaster and that, worse, it has failed to make up for it in disaster aid.

“This was the largest catastrophe in the history of the United States, and people want justice,” said Joseph M. Bruno, one of the plaintiffs’ attorneys handling the case in federal court.